was born in Versa, a small rural hamlet of the municipality of Romans d’Isonzo (Gorizia).

His artistic activity begins at a very young age, following his father Francesco, a painter and excellent watercolorist himself. It is with him that he paints the countrysides of Friuli, Grado‘s flat waters, and the Carnia mountains, showing right away he had his artistic independence, an own pictorial personality who wasn’t fully shaped yet, but surely promising.

This whirlwind of talent and enthusiasm is sensed by Paride Castellan, a Friuli native painter, who lived in Florence until his death. Castellan, pupil of Luigi Michelacci, (who came from the school of Giovanni Fattori), is Delpin’s teacher, the one who gives him reprimands, gratifications, precious tips, remarkable incitements and an overall enrichment as result of a respectful friendship that lasts until the end, despite the distance and the age that separates them.

Castellan gives Dario also the chance to meet the painter Pietro Annigoni, to whom he was a friend; the latter turns out to be very helpful in addressing the young Delpin toward a fascinating artistic expression: the fresco. With this technique, Delpin paints various works, also for commission.

After the figures of his father, Castellan, and Annigoni, another great man and artist enters Delpin’s life: Biagio Marin. The encounter with the great poet from Grado has something magical and sees an immediate understanding between the two. The enchantment comes from the calm waters of the lagoon which is the common denominator of their works. Marin describes in words with the simple dialect of the island, Dario with brush and burin. In 1983, the collaboration emerges with the folder of etchings and verses “Laguna”, published by the International Center of Graphic Arts of Venice.

Delpin’s passion for engravings increases in the Seventies, after admiring an exhibition of Piranesi, on the island of San Giorgio in Venice. Since then, the production of engravings has been continuous; the engraved plates, in fact, are almost five hundred, among engravers, etchings, woodcuts and soft grounds.

Of strong cultural significance are, as well, the collaborations with poets and writers like Celso Macor and Elio Bartolini, authors of works in Italian and Friulian. United by the affection for Versa, their native town, Macor and Delpin publish together some folders of engravings together with poems in Friulian language. An intense and successful duo with the purpose to highlight the social values, the artistic and cultural heritage of the people and the land of Friuli. Even with the writer Bartolini, Delpin shares the attention to aspects and moments of the peasant life of the past, to the disappeared professions, to the lost traditions that are recalled in a series of engravings combined with the works of the poet – writer.

Delpin’s present is a constant work through his new creations with mixed techniques. The themes are those dear to the artist, those that recall the past, through objects of daily life as jugs, sieves, cups, but also perspectives of his studio, in particular the libraries where volumes of classical and contemporary artists are collected, and there, not by chance, lay some postcards with the works of the painters he feels connected the most.

Since 2013 he has been a member of the National Association of Contemporary Engravers.

There are many personal and collective exhibitions in Italy and abroad. The works of Dario Delpin are shown in public and private collections, and in museums, both Italian and foreign ones.

Delpin’s first incisions were pulled by the art print houses La Stella in Palmanova and Cartesius in Trieste. Since 1976, the artist arranges the printing on his own or uses the art printery Corrado Albicocco in Udine. 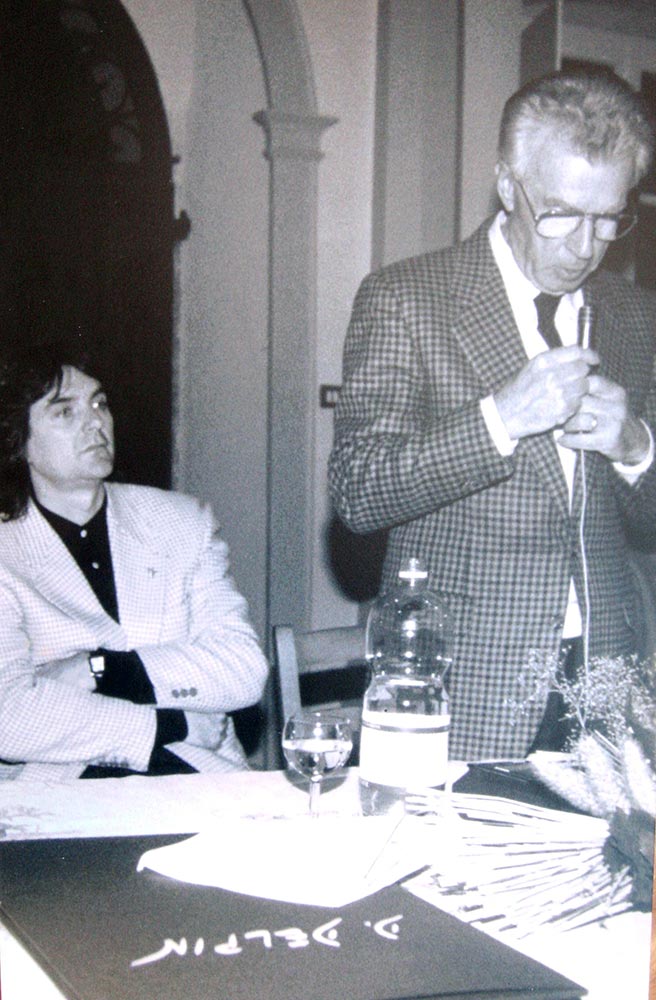 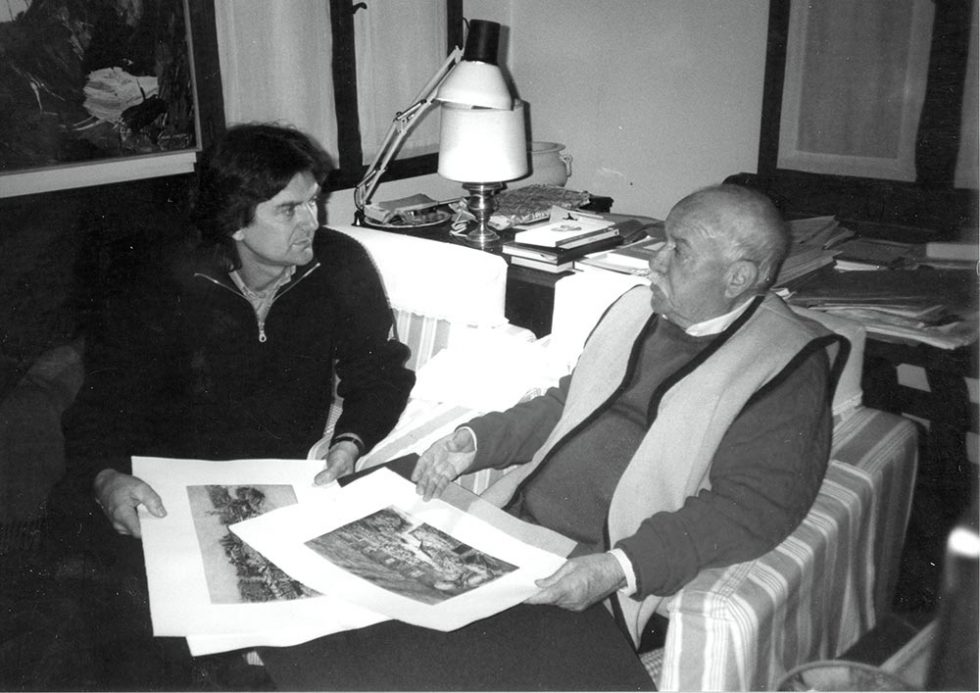 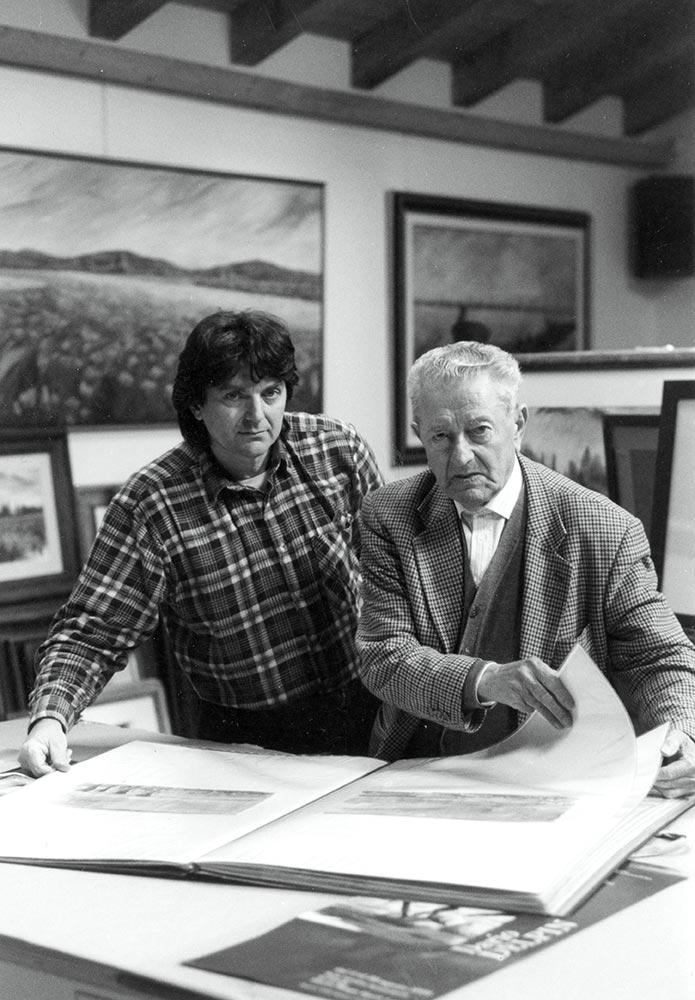 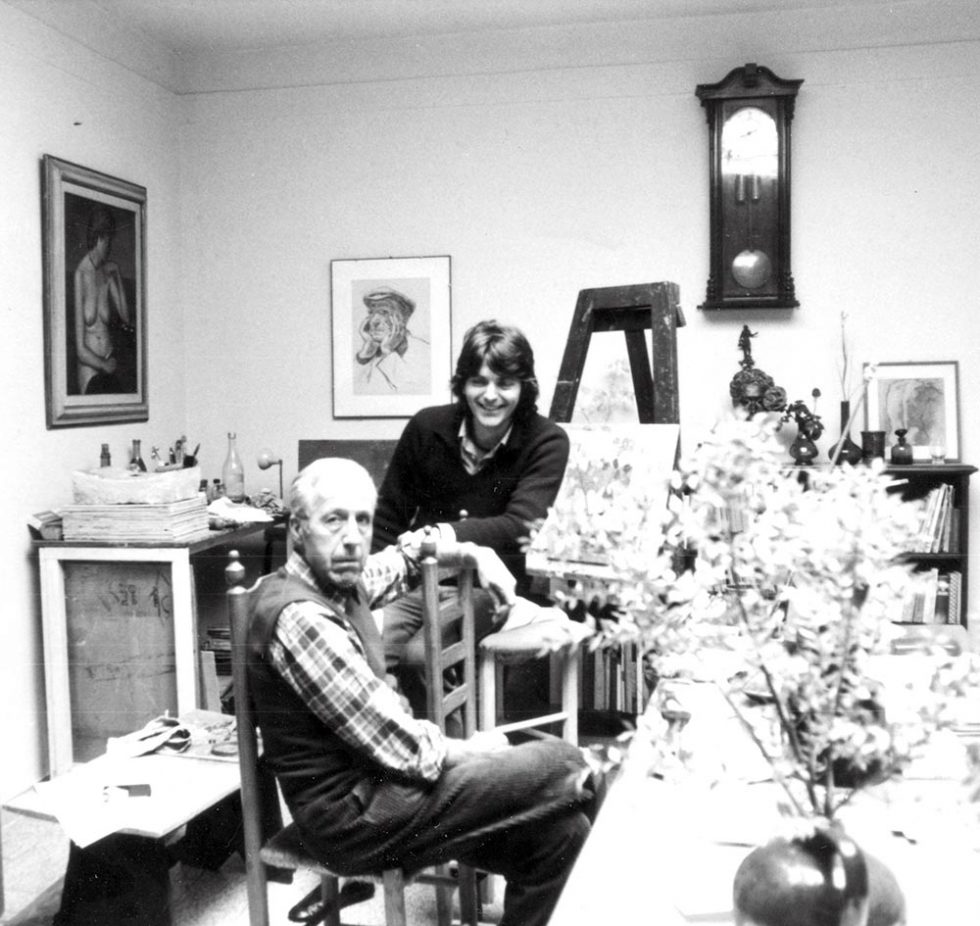 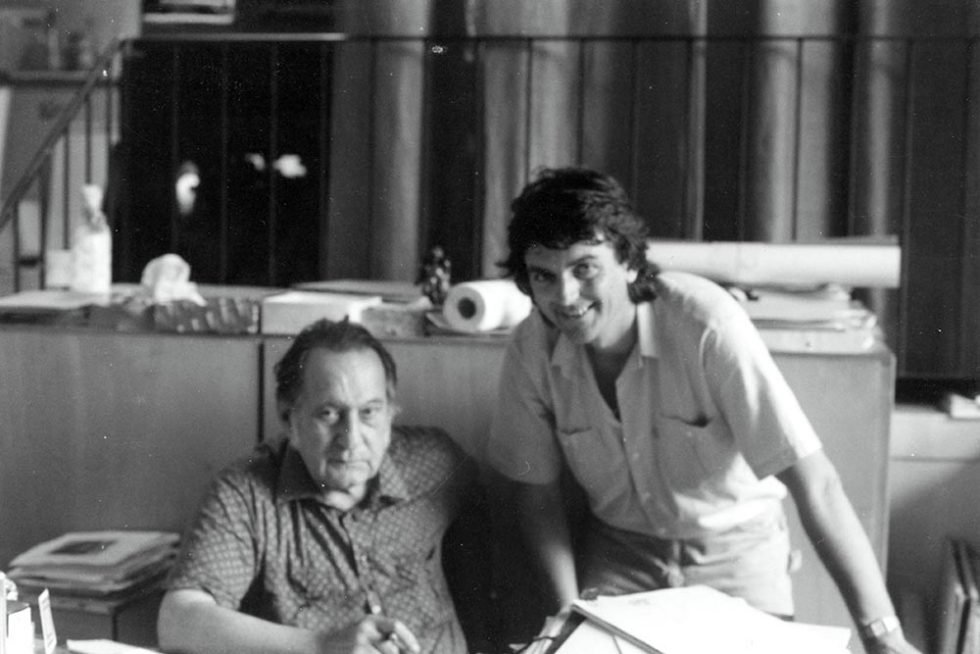